Can I Have Cataract Surgery if I Have Ma... 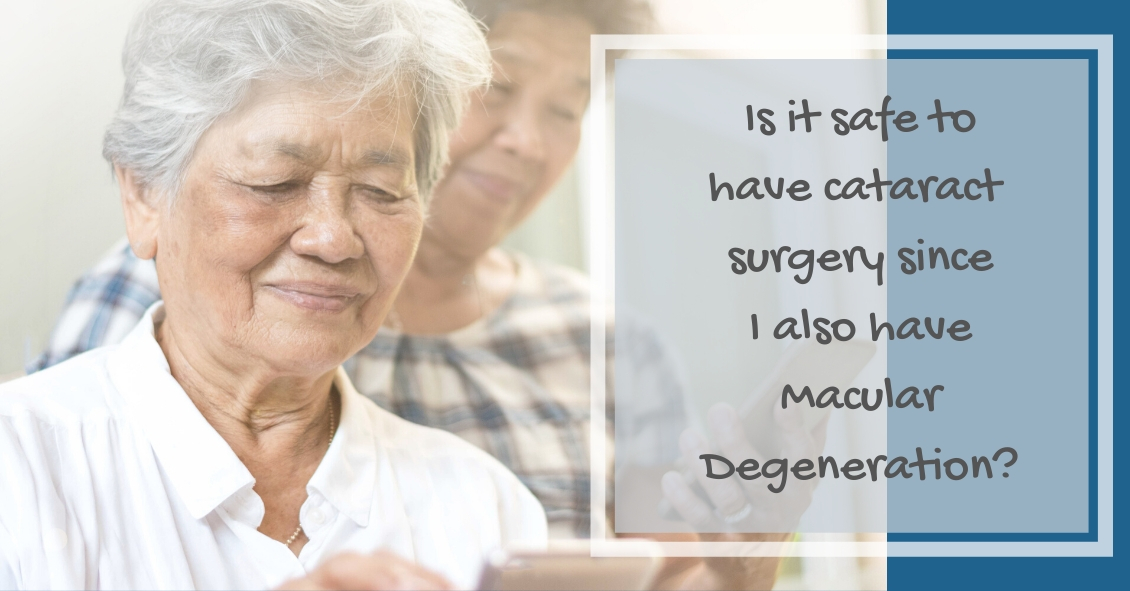 We are frequently asked if it’s wise to ha...
Read More 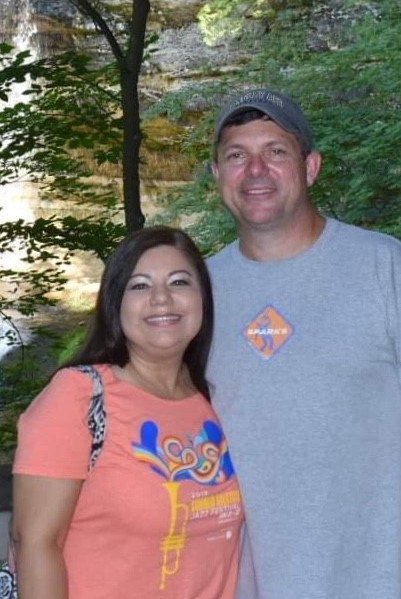 Born and raised in mid-Michigan, Dr. Thompson received his undergraduate degree from Michigan State University before completing his professional doctorate from the Pennsylvania College of Optometry in 1995. After a few years of living in Philadelphia and North Carolina, he relocated back to East Lansing, where he lives with his wife, Jessica, and their two children.

Dr. Thompson has built a distinguished career in both corporate and private optometry settings. While working for Luxottica North America, he was promoted to Eye Care Director, where he helped oversee patient care operations and optometric education for corporate and franchise based offices in a region that covered the entire state of Michigan and extended to include St. Louis, Minneapolis, and Milwaukee.

Together with his wife, Jessica, who is a Certified Ophthalmic Assistant herself they opened Thompson Eyecare in East Lansing in 2010. There, they built a reputation and family practice based on personal service and building lasting relationships with their clients. Now, Dr. Thompson is excited to join with long time colleague, Dr. Kevin Jacobs, in creating the new East Lansing Family Eyecare practice.

In addition to his general family practice, Dr. Thompson is licensed in the treatment and management of ocular diseases including glaucoma, diabetic eye exams and all forms of irritated redness, and is certified in orthokeratolgy management of myopia control. 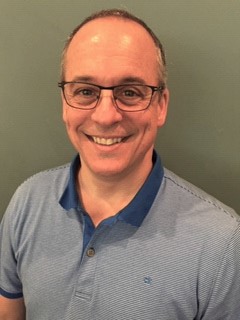 Born and raised in Lansing Michigan, Dr. Jacobs attended Lansing Catholic High School before receiving his bachelor’s degree from Central Michigan University. From There, he went on to Chicago and received his Doctor of Optometry degree from the Illinois College of Optometry. While attending ICO, Dr. Jacobs also received extensive training in the diagnosis and treatment of ocular disease at the University of Chicago School of Medicine. He was the first student in ICO history to receive the Albert Schweitzer Fellowship Award for his work with the under-served communities in Chicago.

Dr. Jacobs can treat a variety of ocular conditions like dry, red eyes to more serious diseases like glaucoma and eye infections. Dr. Jacobs also specializes in fitting single vision, toric, and multifocal contact lenses in a variety of hard and soft materials. He is dedicated to finding the perfect vision prescription for your needs. 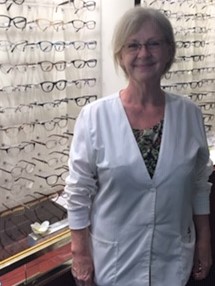 If you are looking for new glasses, or have questions about your insurance plan, you will want to talk to Sue. With over 35-years’ experience in the optical industry, Sue will be able to help you with just about anything. Sue is extremely knowledgeable when it comes to all things glasses. Not sure what frame looks right for your face, or don’t know about different lens types or materials? Never worry, Sue will take care of you!

Katie has been a valuable member of our team since 2018. Originally from Lansing, she completed her degree in Business Administration from Ferris State University before returning to mid-Michigan. She capably fills various administrative and patient care roles for the practice and brings a well-rounded background to helping you get the most from your experience during your visit. She is specialty certified in Digital Eye Health Imaging and has valuable experience in eyewear frame and lens consulting. She is here to help you with all your insurance, eye health testing, and eyeglass ordering questions. 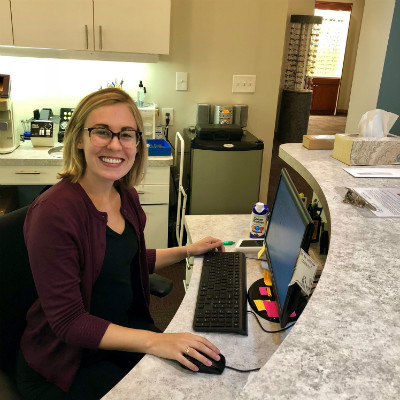 Grace holds the distinction of being the first ever hire of the newly formed East Lansing Family Eyecare in 2019. A Theater graduate from Oakland University, she brings a wealth of personality and fun to work every day. Whether answering phones, greeting visitors with a beverage, or starting basic patient testing, she is a valuable resource in making your experience the best it can be. She assists in areas of appointment scheduling, initiating insurance authorizations, and managing status updates on new eyeglass orders. Multi-talented, she still performs regularly in musical and dramatic productions around mid-Michigan. 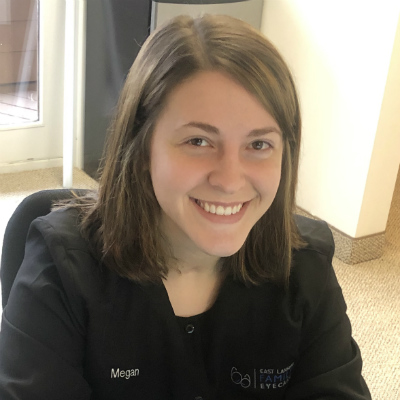 Megan joined the practice in 2019 after gaining years of experience in fashion retail and home improvement consulting. Growing up in a military family, she spent her youth living in multiple locations throughout the country and overseas but now calls the East Lansing area home. In her short time with us, she has become a fixture at the front desk skillfully coordinating all your communication and appointment scheduling needs. Friendly, caring, and with a warm smile, Megan is always happy to help you by phone, email, or in-person.